My first 24 hours in Kyoto began with a visit to the beautiful Ryoan-ji Temple. I’d wanted to visit since James Fox featured the Zen rock garden at the Temple in his BBC series ‘The Art of Japanese life’. My friend Minako reminded me that actually the Temple was in Kyoto. 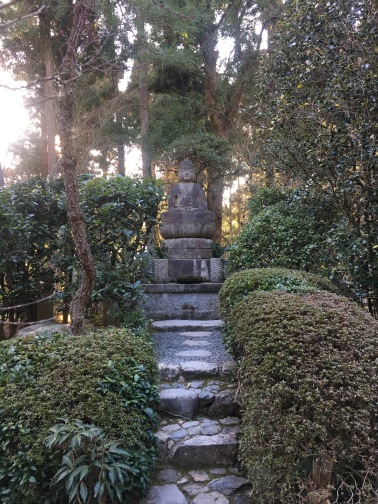 The journey meant taking the bus all the way to the end of the line, which is always really nice, isn’t it, without any concern for missing your stop, because you can just relax until, well, you reach the terminus, Which is exactly what I did.

The gardens and fifteen very carefully placed Zen rocks didn’t disappoint. It was such a beautiful place and exactly what I needed to let all the thoughts and conversations I’ve had across two continents sink in a little. 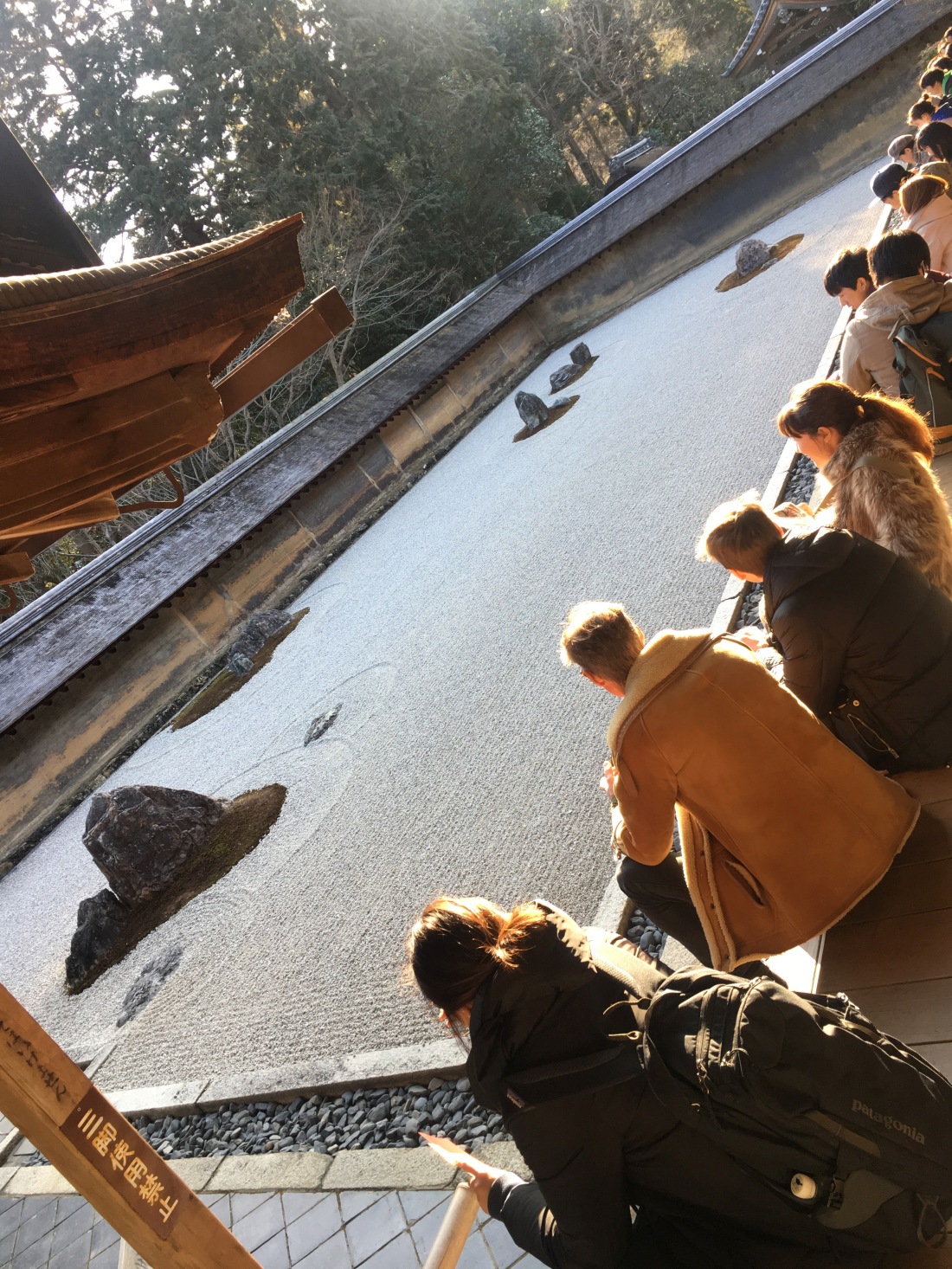 Now, I’d love to share my pictures with you at this point, but actually I’ve had to use someone else’s photographs from the Internet to illustrate this because I was obviously a little too relaxed after the Zen garden visit, as I promptly got off the bus close to my hotel near Kyoto station and left my phone on the seat!

There I was having a lovely time browsing the many, many restaurants inside Kyoto station to find somewhere to have dinner and as soon as I sat down I realised that it was over an hour since I got of the bus and I’d left my phone on it!

My contract is with O2 and they wanted to charge me £4.99 a day to use my phone abroad, which sounds ok until you realise you’re away for 2 months. Yes, because of that my phone was on airplane mode, uncontactable through ‘Find my Phone’, and was probably out of battery by now. Gutted.

So far, my stay in Japan has been pretty perfect; great friends old and new, really positive and productive meetings, incredible hospitality. Maybe that’s the easy bit – when everything is great, it’s easy to be welcoming and hospitable and pretty amazing, but now I was in a spot of bother, would it continue?!

Luckily I’d been through Kyoto’s vast station a few times so knew where the information desk for the buses was located. Once I got there it became really clear that each bus line, of which there are hundreds, all have their own lost property office, and unless I knew which bus I was on, it was going to be an up hill struggle to locate my phone. All I remember is that I’d just ran for a bus that said Kyoto Station on the front – I hadn’t looked at the number!

The really helpful Kyoto bus station team rang around a few places, but nothing. I think they would have carried on trying all night, but they were just about to close. They wrote me a big long note in Japanese and told me to take it to the police station, which I did.

The staff in the police station were brilliant! They also started calling around the other local stations to see if anyone had handed my phone in, but nothing. At one point a policeman came out from the back with a phone, but it wasn’t mine…but they literally tried everything to help me, included getting out a map so I could retrace my steps!

I knew I couldn’t do any more because everywhere was closing, so I made my way to the hotel. Passing through reception, they asked if I had a good day and I think my face probably said it all. When I explained what had happened, they all gathered around, producing maps and phone directories and google searches for lost property numbers. It was amazing! Ok…so all the calls and the maps and the smiles didn’t bring my phone back, but what a lovely feeling to be so far away from home and to feel so looked after and cared for.

After a pretty restless night, during which I went to the bad place – you know the one, where you start looking in impossible places for what you’ve lost – places that it physically wouldn’t fit?!

I had an appointment to go back to the bus information team at 9am – by then I’d written a document through google translate from English to Japanese, with pictures of the bus stop on, so we could try and find out which bus I had actually been on. I know the document was hilarious/ desperate because the person behind the desk actually laughed out load when I opened my computer to reveal my work. “You’ve been working very hard” she said 🙂

So, know we realised that I’d been on the number 205 bus. That’s one hurdle out the way. A phone call later and still no phone. Nothing’s been handed in, but at least we’d had a laugh together at my rubbish document.

Back to the police station and the same staff were on duty. Several more phone calls and several phones later, mine was still elusive.

It’s now midday day here and I’m due back at the bus information centre at 2pm…let’s see what happens then.

I might have lost a phone, but what I’ve gained is an opportunity for a glimpse into the best of Japan and its people and a valuable lesson to pass onto other travellers to Japan…always know the number of the bus you’re on!!!!

But, you know, I don’t think it’s a real lone traveller adventure unless something goes wrong. No one got hurt…except my pride a little, but it’s another story to tell when I get back!

UPDATE! YES….I got my phone back complete with the ticket that the lovely bus driver had written when she found my phone 5 minutes after I got off the bus!

Just in case you were wondering…

The Composition of the Garden

The garden has a rectangular shape with a size of 248 square meters. While the temple itself was founded in 1450, the precise date of when the garden was built is unknown. Although, some claim it was made during the 15th century as well. The garden primarily consists of 15 stones in different sizes. These have been carefully grouped into five with 5 stones in one group, 3 stones in two groups and 2 stones in another two groups. These groups of stones are surrounded by white gravel which is maintained by the monks living in the temple. To make the garden look tidy, they have to rake the gravel daily.
It is said that the garden was meant to be viewed from the hojo, the head priest’s former residence. The stones have been positioned in such a way that they cannot be viewed immediately from the veranda so only 14 out of the 15 boulders can be seen at one time. It is said that you can only see the 15th boulder if you attain enlightenment.

The Garden’s Meaning
The garden is particularly significant for some artists and historians who have drawn inspiration from it. Though the garden doesn’t necessarily represent anything openly, interpretations or scientific research of the garden are welcomed. Some people believe it to be a simple, abstract composition of natural objects. Others think that it represents a tiger carrying its cubs across islands in the sea. It is sometimes connected to the rules of equilibrium or theories on geometry. There are many other theories that observers, historians and garden enthusiasts have come up with regarding the garden’s representation even stretching to more mythical concepts.
Ryoan-ji Temple’s Rock Garden is absolutely a quintessential place for people to find peace with nature. The garden may have several different meanings but what matters most is the visitor’s personal thought of its quiet natural order.